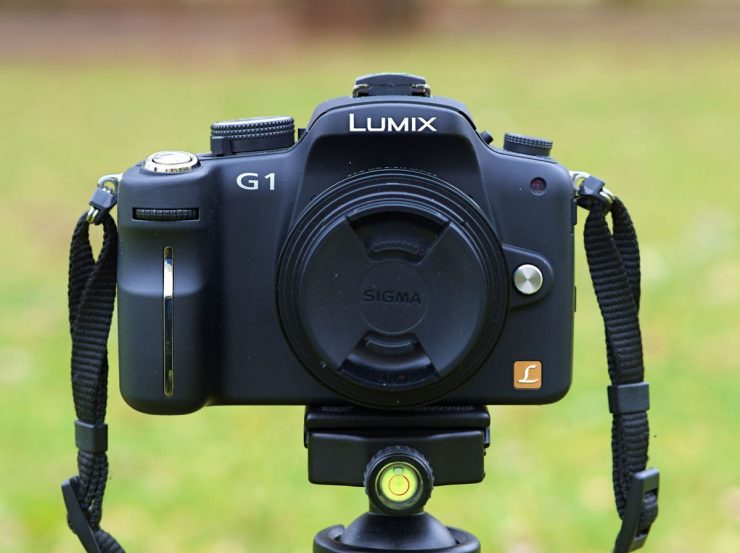 The Panasonic Lumix G1 is a mirrorless interchangeable lens camera introduced in 2008 for the Micro Four Third standard. One could ask why I write a blog entry about a camera that was introduced 9 years ago? In the consumer electronics world this is a very long time with a lot of technology advancements. If you look at modern cameras, they have gained a lot of new capabilities. However the G1 was a milestone for the Micro Four Thirds standard, since it was the first camera introduced for that system.

Starting in 2008 with an Olympus E-410 DSLR camera into digital photography, the G1 (and shortly after that the Olympus E-P1, but that is another story) was the first camera that brought me into the Micro Four Thirds system in 2012. So for me it is worth to revisit this camera again. I mainly use Olympus OM-Ds like the E-M1. The OM-Ds are fantastic cameras and the Lumix G1 looses against an E-M1 on almost all frontiers. But I still own and like the G1 even with its (when compared) technical imperfections nowadays.A short overview

You get it unbelievable cheap for 50 Euros, sometimes even cheaper. In 2012 it just took me 100 Euros to get a second hand body in very nice condition. I like cheap toys. You have a DSLR shape camera with good ergonomics. It is very lightweight compared to common DSLRs. The big electronic viewfinder is bright enough and very usable. Even though the EVFs get better and better this one is not far off. You have a nice and fully articulated screen for taking pictures from any angle. The camera feels a bit plasticky but still has a nice grip and good feel. The many function buttons and a “Quick Menu” allow you to change the most used parameters very quickly. All in all using this camera is fun. I really like it to take with me from time to time.

What do I miss?

Technology has evolved and the G1 has to compete against newer cameras. In my opinion it does still very well. I rarely miss better picture quality, better EVF, faster auto focus or faster burst speed. But the 5-axis sensor based image stabilizer found in the OM-D cameras would also be very handy for holding longer exposures steady. The G1 does utilize the image stabilizer, if available, in a Panasonic lens but I never found the OIS of Panasonic as effective as the solution of Olympus with in-body IS. The same goes for small things like the missing level gauge to get the image straight or focus peaking for better manual focusing. I cannot take video with the G1. Shutter shock is sometimes more evident than in my E-M1, where I can use electronic silent shutter with no shutter shock at all. And certainly the addition of a battery grip would be nice as well for even better ergonomics. The build quality could be less plasticky. Olympus shows how to design cameras with a better solid high quality build.

But you know what? The missing things do not always matter and the G1 is mostly enough for what I am doing. I often don’t need speed but want to change parameters very quickly, look through an electronic viewfinder and need a nice handling. So this camera delivers.

The Lumix G1 offers 12 megapixel. If you look at numbers, in the Micro Four Thirds world newer cameras offer 16 to 20 megapixel. But makes this a big difference? In my opinion for most use cases 12 megapixels are really sufficient and 16 or 20 MP don’t give so much more benefits. Sharpness of the raw files is impressive and colors are very nice. Especially tweaking the raw files in Rawtherapee to squeeze out the last bit of detail is a joy. I have prints as large as 80x60cm. They are impressively sharp.

I can lift up the shadows by 1 stop without regretting it. The G1 clips highlights very quickly, it’s dynamic range is more limited than newer models. I always use the live histogram to ensure a correct exposure without clipped areas. And to be honest, our raw converters are getting better and better to fight high ISO noise. In good light you still get very nice results up to ISO 1600. In dark light it is a different story but still possible to get good images if you turn noise reduction on.

Looking at the images of the G1 I am still very satisfied, even compared to newer cameras.

So if you are sometimes bored by your super duper high end camera or look for a cheap and good mirrorless system camera to take everywhere with you, I can highly recommend the Lumix G1 even in 2017. It is very enjoyable and satisfying to take photos with it and you get nice looking images. Isn’t it what matters most?

It doesn’t always need a lot of money to get the newest and best technology. Older cameras are providing often good enough results and are a cheap way to enjoy photography. The G1 is a very good example.

Here are some of my images taken with my Lumix G1.