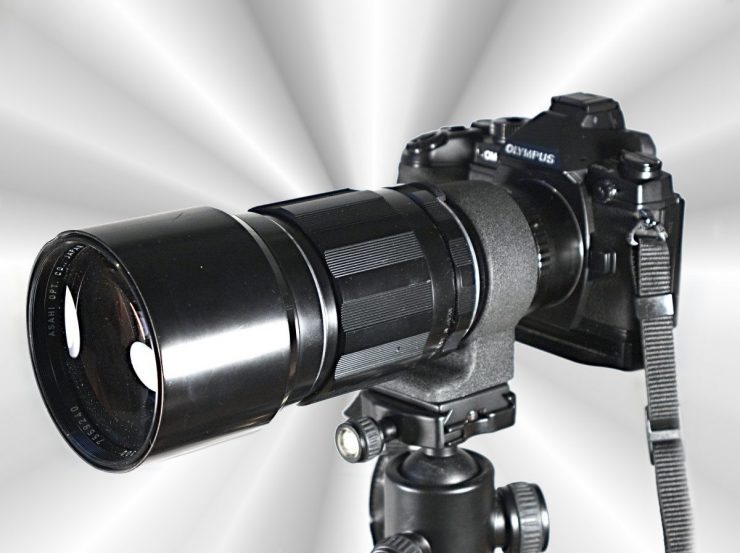 Flee markets are very nice. You can find old photo gear for a bargain. I wasn’t even looking for a new lens but when I saw the Pentax Super Takumar 300/4 in the multi coated version with M42 mount for a quite reasonable price, I had to get it. Olympus just released the similar m.Zuiko Pro 300/4 which is probably the best lens for Micro Four Thirds but for my needs out of reach. Why not try a much more cheaper old vintage lens option with an M42 adapter on my camera? It certainly is not as sharp as the brand new m.Zuiko 300/4 and you have to focus manually but for occasionally use this might fit very well my pocket.

Here are some specifications:

The lens is in a very nice condition, the optics look very good, no scratches, fungus or whatsoever. Mechanically this lens is a joy, focus ring is butterly smooth and in combination with focus peaking in my E-M1 easy to use. And you can handhold this beast down to 1/25 second shutter speed thanks to 5-axis image stabilization in the OM-D E-M1. Without stabilization 1/500 second is a challenge to hold therefore a tripod a must to avoid camera shake that is influencing your image sharpness.

Last weekend I could give this lens a try and took some shots of birds, flowers and landscapes in Berlin Hasenheide and the Tempelhofer Feld (former airport). At f 4.0 it is a bit on the soft side but still very usable. Once aperture is closed down a stop results sharpening up nicely. Color fringing can be a problem but in my raw converter (Rawtherapee) I can easily get rid of it. But see the photos for yourself. I have added some 100% crops.

Please keep in mind that I use this lens on Micro Four Thirds gear, where it gives me an equivalent focal length of whopping 600 mm. Using full frame cameras, sharpness results may vary a bit.

All in all this lens is a keeper for occasional birding and some drama landscape stuff.

Update 2016-05-08: This lens is fun, really nice to hold and use. So I took it with me on a travel trip to the Baltic Sea and have added some more pictures that were shot with it.